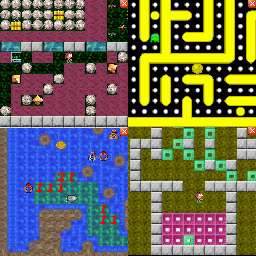 The cavics engine can be used to play a number of games. The 4 games included in the base version will be :

The engine can mix all of the above type of games into one.

This is the BETA version and contains only 1 level for each game type, the final version will contain thousands of levels. FREE upgrades and addon games as well as classic level packs will be released.

If you want to be notified when we release the final version or have some comments and suggestions, please email us at jaco@cronotech.co.za

The BETA version is NOT digitally signed, but the final version WILL be


Copy this code into your website if you want to link to the Cavics (BETA Version) BETA page:

Are you a developer ?
submit your software

More Freeware,
Applications for other mobiles

Our network,
Interesting places to explore